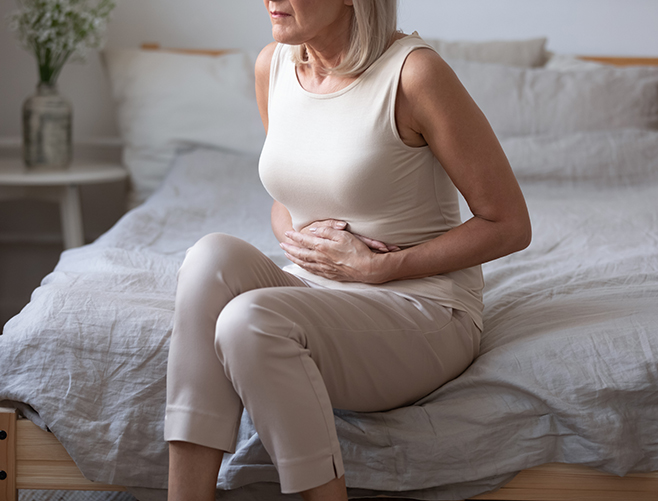 When you have irritable bowel syndrome (IBS), a condition that causes cramping, diarrhea, bloating, constipation, and abdominal pain, it can be extremely hard to navigate through everyday occurrences. Just the thought of wearing pants with a tight waistband is enough to send shivers down the spine of someone with IBS.

IBS is a functional gastrointestinal disorder that affects the large intestine. “It’s considered a ‘brain-gut’ disorder,” says Dr. Pamela Garjian of Gastro Health. “When the brain and gut are not working together optimally, it can lead to increased gut sensitivity.”

IBS is not life-threatening though it greatly impacts the quality of day-to-day life of those who have this condition. As opposed to another disease called inflammatory bowel disease (IBD), IBS is a multitude of GI symptoms where the intestinal tract is not damaged. IBS symptoms include feeling that a bowel movement is incomplete, passing mucus, predominant diarrhea, predominant constipation, or alternating diarrhea and constipation, bloating, and/or gas.

IBS can affect up to 20% of the adult population throughout the world and between 25 and 45 million people making it one of the most common gastrointestinal diseases in the U.S. While the frequency of IBS appears to be the same across different races and ethnicities, it is predominantly seen in women as two in three IBS sufferers are female. Some research suggests that hormones such as estrogen and progesterone, which fluctuate during the menstrual cycle and menopause, also reside in the digestive tract and can contribute to IBS flare-ups.

While most people will occasionally experience symptoms indicative of IBS, it does not necessarily mean they have IBS.

“In fact, there is a standardized system to help with diagnosing IBS,” says Dr. Bradley Rubery of Gastro Health-Alabama. The latest version is called the Rome IV Classification of Functional GI Disorders. IBS includes recurrent abdominal pain that, on average, occurs at least once a week during the previous 3 months.”

In addition, a patient should have at least two of the three following symptoms:

“The diagnosis of IBS is one of exclusion, which means that the doctor might run some tests to exclude other organic diseases such as gluten intolerance, lactose intolerance, inflammatory bowel disease, (which includes Crohn’s disease and ulcerative colitis), food allergies, sorbitol intolerance, H. pylori, gallbladder disease, ulcer disease, chronic constipation without IBS, eosinophilic enteritis, and infectious colitis,” says Dr. Garjian. It is important that there are no “alarm symptoms” that might suggest a different diagnosis, such as fever, rectal bleeding, weight loss, anemia or low red blood cell count, family history of colon cancer, family history of celiac disease, or inflammatory bowel disease. Tests might include a sigmoidoscopy, colonoscopy, stool studies, blood tests, and breath tests.

There are four main subsets of IBS, based off a patient’s symptoms:

How is IBS Treated?

Diet modification is one of the cornerstones for managing IBS. Gastrointestinal symptoms related to food are reported by approximately 84% of patients with IBS. This is especially true for food that contains incompletely absorbed carbohydrates and fats.

Several diet options may provide relief for patients such as the FODMAP diet which restricts gluten, fructose, sorbitol, sucrose, and lactose. FODMAPs include foods such as wheat, barley, rye, legumes, mango, honey, pears, apples, mushrooms, cauliflower, onions, sugar-free candies, gum, garlic, and lactose. Although this is a very restricted diet, some studies suggest that it may be helpful. Other possible dietary restrictions can include a low-fat or PALEO diet.

In addition, medication intervention may include prescription anti-spasmodic medicines, over-the-counter probiotics, fiber, and prescription antibiotics. As well, the way people handle stress can also impact gut health. There is a high level of association between IBS and depression and anxiety which is why mental health therapy may also be helpful for people with IBS.

Overall, IBS is a common complicated constellation of many symptoms that may have several possible causes. Treatment needs to be tailored to the individual patient. Your gastroenterologist with your input, may be able to help you sort out these details. It is important, however, not to mistake a more serious organic illness as IBS. Furthermore, if long-standing IBS symptoms change, then testing may be required to exclude another disease. Consulting with your gastroenterologist is an important part of the diagnosis and treatment of this condition. 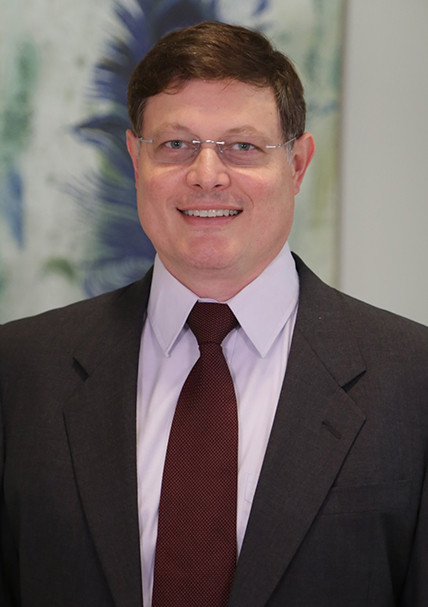 The COVID-19 virus has been shown to impact the gastrointestinal tract including a growing body of evidence connecting gut microbiota and COVID-19 severity. A recent study also found that COVID-19 has the potential to further influence symptoms in individuals with IBS and comorbid anxiety and/or depression.

Bloating is one of the most common manifestations of IBS, caused by distension of the gut lumen by gas leading to pain, the sensation of bloating and visible abdominal distension.