Her primary care doctor recommended that she visit Dr. Benjamin Young of Gastro Health – Virginia for her colon cancer screening.

“At the time, I wasn’t really aware that I was having any issues. Hindsight is always 20/20,” said White. “When you turn 50, things start to not be as regular and changes come gradually. It just wasn’t something that I paid any mind to.”

That was until White received the news that Dr. Young found a large mass in her colon that looked like it had spread. She immediately underwent a CT scan and was diagnosed with stage 3B colon cancer.

Colorectal cancer may not cause symptoms right away, which is why screenings are so important for detection. White now recalls, in retrospect, that her stool appeared dark – an indication that there may have been blood – and that there were changes in her bowel habits such as narrowing of the stool.

“The development of colorectal cancer can take some time,” said Dr. Young. “Before a polyp has time to become cancerous, we can spot it and remove it during a colonoscopy, which is why screenings are so important. Colorectal cancer is one of the most preventable cancers out there.”

Within one week from the day of her diagnosis, White had a partial colectomy performed, which is when a surgeon removes the diseased part of the colon. White had two feet of colon removed by Dr. Kiyanda Baldwin-Young, Dr. Young’s wife who happens to be a colorectal surgeon.

“They are quite the pair,” recalls White. “Together they helped me tackle the issue and get through the other side of it.”

After allowing her body to heal from surgery, White then underwent a six-month treatment of chemotherapy from June through November in 2018. During that time, she was celebrating her daughter’s college graduation, had a surgery for a hernia, and never missed a day of work. Her treatment also called for her to visit her oncologist every three months for bloodwork and CT scans to make sure that her cancer had not returned. Her last colonoscopy came back clear though she continues to monitor as needed.

In 2018, the American Cancer Society Guideline Development Committee updated their guidelines for colon cancer screenings to begin at age 45 – instead of 50 – for those with higher risk factors such as a strong family history of colon polyps or colon cancer.

“I think my grandmother may have died of colon cancer but no one in my family ever discussed it,” recalls White. “Had somebody mentioned it, I might have thought about it differently.”

However, White believes everything played out for a reason.

“Had the updated guidelines been in place when I was 45 and I had a colonoscopy, maybe they would not have detected anything and told me to come back in ten years,” says White. “Knowing they already found cancer in me when I was 50, waiting until I was 55 for my next colonoscopy might have meant I would not have made it. Nonetheless, my children will start getting tested early now that I had cancer.”

White’s three children – ages 31, 29, and 25 – will now have to undergo colon cancer screenings at an earlier age than most since they have a first-degree family member history of colon cancer. According to the American Cancer Society, there has been an alarming increase of colon cancer detected in those under the age of 50 since 1994 with more than 16,000 people under 50 diagnosed each year.

“I want people to realize that this can happen to anyone, for this type of cancer especially,” cautions White. “It’s not like I’m a smoker who could expect to get lung cancer or someone who was laying in tanning beds and getting melanoma. This type of cancer can be prevented, and you can come out of the other side of it. It does not have to rule your life.”

As for her relationship with Dr. Young, White says, “I worship the ground he walks on. It cannot be easy to tell someone that their life is about to turn upside down, but it was because of him that I am here today. He is such a wonderful and caring physician that I never hesitate to recommend him to others.” 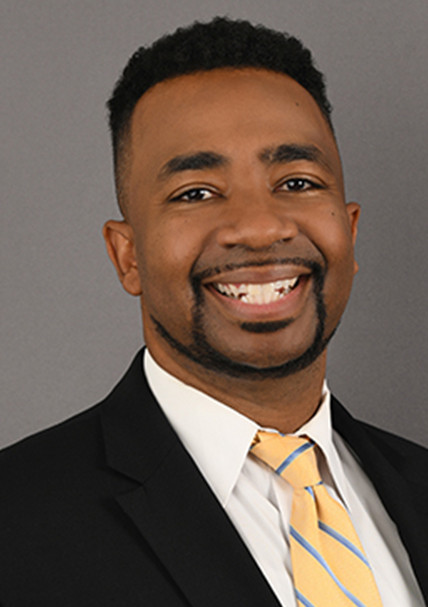