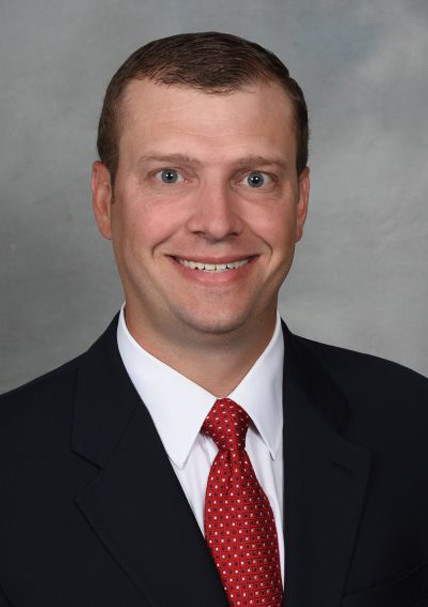 Dr. Steven R. Gay is originally from Cincinnati, OH. After growing up in Western Hills, he graduated from St. Xavier High School and subsequently performed his undergraduate studies at Boston College. He then attended the University of Toledo College of Medicine, where he received a masters of biomedical sciences and a doctorate of medicine. He subsequently completed his internal medicine residency at the University of Cincinnati, and was selected to serve as chief resident the following year. Dr. Gay is board certified in Internal Medicine. Dr. Gay completed a fellowship in gastroenterology at the University of Cincinnati, serving as a chief fellow during his final year. He practices general gastroenterology and hepatology with special interests in colorectal cancer screening, inflammatory bowel disease, irritable bowel syndrome, eosinophilic esophagitis, Barrett’s esophagus, and gastrointestinal dysmotility. Dr. Gay is an active member of the American College of Gastroenterology, the American Gastroenterological Association and the American Society for Gastrointestinal Endoscopy. In addition to practicing medicine, Dr. Gay enjoys spending time with his wife and two children, playing golf and basketball, and travelling.

University of Toledo College of Medicine