What is Irritable Bowel Syndrome? 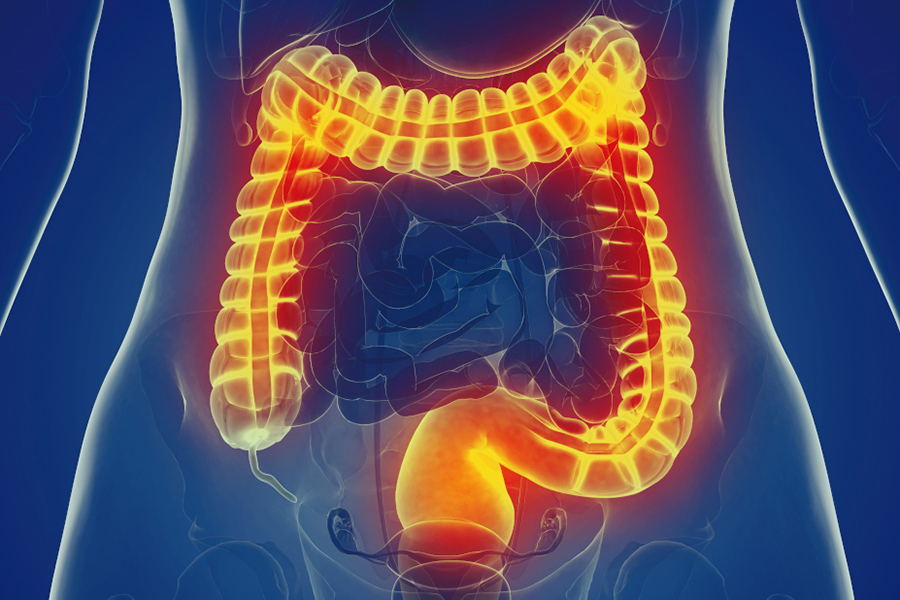 Irritable bowel syndrome (IBS) is a chronic gastrointestinal disorder that affects the lining of the large intestine. Unlike inflammatory bowel disease (IBD), the intestinal lining is not damaged in IBS.

The most common functional gastrointestinal disorder, IBS affects between 25 and 45 million people in the United States. Twice as many women as men are diagnosed, and it’s most often found in people younger than 50 years of age.

The exact cause of IBS is unknown, according to the American College of Gastroenterology, but a number of factors could contribute to the condition including:

What are the Symptoms of IBS?

IBS can last for years or be lifelong. There may be times when the signs and symptoms are worse and times when they improve or even disappear completely.

What is the Treatment for IBS?

While IBS doesn’t have a cure, symptoms can be managed with a combination of lifestyle and diet changes, as well medication depending on your symptoms. Consider eliminating high-gas foods, reducing gluten intake, and increasing fiber consumption to help mitigate your symptoms.

Have questions about irritable bowel syndrome?