Esophageal cancer can occur when normal cells seen in the esophagus become abnormal and begin to replicate out of control. The esophagus is the muscular tube which helps move food from the mouth to the stomach. Esophageal cancer is not very common in the United States, but can occur often in men over the age of 50. There are two main types of cancer: Squamous Cell Carcinoma and Adenocarcinoma. Certain risk factors have been shown to increase the risk of esophageal cancer, which include smoking, alcohol consumption, obesity and gastric reflux.

What are the symptoms?

Early stages of esophageal cancer may not produce any symptoms. However, once symptoms develop people can frequently experience difficulty swallowing (especially solid food), weight loss, pain or burning in the chest and hoarseness. Although these symptoms can be seen with esophageal cancer, there are other conditions which can also cause these symptoms. Therefore, you should be seen by your doctor for further evaluation.

How is esophageal cancer diagnosed?

The patient is given Barium to swallow and X-rays are taken as it goes down the esophagus. This can help detect abnormal lining in the esophagus or even abnormal growth.

This is when a thin tube with a light at the end of it is introduced through the mouth and into the esophagus while you are asleep. This can directly look at the lining of the esophagus and can take samples of tissue from the esophagus, called a biopsy. The tissue is then looked at under the microscope by a pathologist and can diagnose the tissue as cancerous. If indeed cancer is diagnosed, further evaluation must be performed to determine if the cancer has spread to other areas from where it originally started. This process is called cancer staging and is important to determine the appropriate treatment required.

How can it be treated?

Esophageal cancer usually requires more than one modality of treatment. Surgery can be used to remove the part of the esophagus where cancer cells are located. The remainder of the esophagus is then connected to the stomach so that food can be digested appropriately. Another way to treat it is using Radiation Therapy, which consists of high-energy radiation used to shrink and eliminate cancer cells. The last way to treat esophageal cancer is using Chemotherapy, which uses medicines to eliminate cancer cells. Often by using a combination of these different treatment regimens, esophageal cancer can be cured. If the cancer cannot be cured, there are other treatment options used to help improve symptoms. These consist of using a laser beam or electric current to help eliminate cancer cells or performing a procedure to help widen the part of esophagus which is blocked. After treatment, it is important to have regular follow-up visits with your doctor to make sure you remain cancer free. 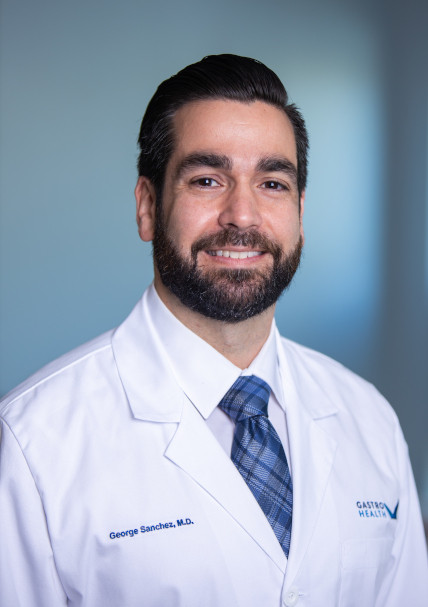 As gastroenterologists, there are times when the tools available can’t give us enough information, or reach deep enough to treat the problems that our patients suffer from.

What is Eosinophilic Esophagitis?

Eosinophilic Esophagitis (EoE) is a chronic condition in which the immune system causes inflammation to the esophagus – the tube which carries food from the mouth to the stomach.