Aside from the annoyance and possible disabling symptoms which can accompany these diseases including abdominal pain, diarrhea, and GI bleeding, IBD also has the potential to run a severe course leading to hospitalization, surgery, and a markedly diminished quality-of-life. This is especially true for Crohn’s disease which, although unable to be cured by surgery, leads to at least one surgery in 75% of patients affected. One challenge that has plagued physicians and patients alike has been that this high surgical rate has not declined despite the more widespread use of more aggressive therapy in order to induce and maintain remission. This has led IBD specialists to re-think the standard algorithms employed in the treatment of inflammatory bowel disease, especially Crohn’s disease.

Traditionally, doctors have taken a stepwise approach to the use of medications for inflammatory bowel disease referred to as a “step up therapy.”  With this approach, initially the more benign drugs or drugs are given for a short period. If they fail to provide relief, drugs from a higher step are then used.

Treatment typically begins with aminosalicylates, which are aspirin like anti-inflammatory drugs such as mesalamine (Asacol, Lialda, Pentasa and Apriso). These drugs can be taken orally or administered as a rectal suppository or enema. They are often very effective in both inducing and maintaining remission in ulcerative colitis although their value in Crohn’s disease, especially for maintaining remission, is less clear.

If the aminosalicylates don’t provide adequate relief, the doctor will usually prescribe a corticosteroid, which is a rapid-acting anti-inflammatory agent that can provide rapid relief of symptoms as well as a significant decrease in inflammation. However, because of side-effects associated with their long-term use, corticosteroids are used only to treat flare-ups and are not used for maintaining remission.

It is only when these drugs fail that doctors historically moved on to more aggressive therapy in terms of immune modifying agents (immunomodulators) or the newest class of medications called “Biologics.”

The immunomodulators include medication such as 6-mercaptopurine, azathioprine, and methotrexate. These medications cannot be used in acute flare-ups because they may take as long as two to three months to take action.

Over the past several years, however, studies have suggested that being more aggressive with medical therapy earlier in the course of these diseases, especially Crohn’s disease, may lead to a “disease modifying effect.”   Early medical intervention may lead to a more benign long-term course and also possibly obviate the need for surgery in many patients who otherwise would have had at least one, if not multiple, surgeries. The most compelling data seems to be that associated with the use of the newer Biologic class of medication either alone or in combination with an immunomodulator. This data has piqued interest in possibly reversing the traditional “step up therapy” into a new “step down approach” where more potent medications are used earlier in the disease course.

The most widely used Biologics currently consist of three medications which are also referred to as anti-TNF’agents. Infliximab (Remicade) was the first to be approved by the FDA and, at the time of this writing, the only one approved for ulcerative colitis (although approval of another is expected very soon). Other anti TNF agents approved for Crohn’s disease are Humira (adalumimab) and Cimzia (certolizumab). Remicade has the longest track record but must be administered intravenously. The other two can be administered via subcutaneous injection, but currently there is no available oral medication of this class. There are various advantages and disadvantages of each of these medications with the decision regarding which to use in a particular patient best based upon an individual patient’s disease and symptoms.

For patients with persistent or severe symptoms despite the above therapy, other available options include more aggressive immunosuppressant agents, enrollment in clinical trials, or surgery. Regardless of the treatment chosen, it is important that the therapy be personalized and tailored to each patient via an ongoing dialogue between the patient and his or her IBD specialist.
Tags Inflammatory Bowel Disease (IBD), Crohn's Disease, Ulcerative Colitis 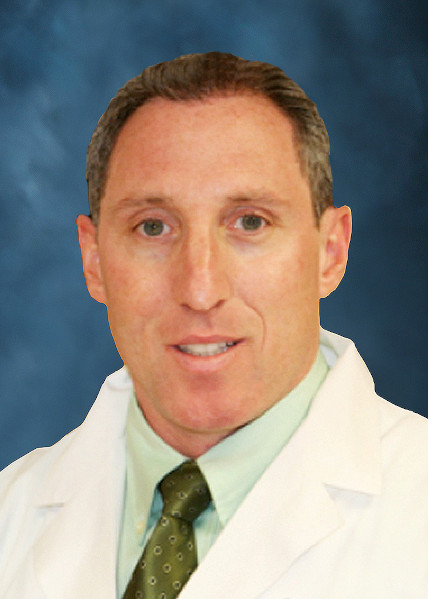 Dr. Adam Lessne on WPLG Channel 10's HealthCAST discussing the controversial study in The New England Journal of Medicine confirming it's not necessarily applicable to colon cancer screening in the U.S.