Evaluation of Swallowing "Doctor, I have trouble swallowing."

Dysphagia is the medical term used to describe difficulty swallowing. The esophagus is a muscular tube that connects your throat to your stomach. With each swallow, the esophageal muscle contracts and pushes food into the stomach. At the lower end of the esophagus, a valve (a special sphincter muscle) remains closed except when food or liquid is swallowed or when you belch or vomit.

Acid reflux disease is the most common cause of dysphagia. People with acid reflux may have problems in the esophagus, such as an ulcer, a stricture (narrowing of the esophagus), or less likely a cancer causing difficulty swallowing. Strong anti-acids, such as omeprazole, lansoprazole, pantoprazole among others, are frequently used to treat this condition.

Another cause of dysphagia is Eosinophilic Esophagitis (EE), which is more common in young adults. The symptoms are similar to those of gastroesophageal reflux disease (GERD). Eosinophilic Esophagitis is an allergic inflammatory condition of the esophagus. The condition is not well understood, but food allergies may play a significant role. An endoscopy with biopsies of the esophagus is needed to confirm the diagnosis, and the treatment is primarily steroids like the ones used to treat asthma.

Dysphagia can also be caused by neurologic problems, or problems with the nerves that help us swallow. Damage to the brain or different nerves may leave the mouth, tongue, or throat muscles weak or with poor coordination. Food entering the larynx can cause choking, coughing, or even lead to a type of pneumonia called aspiration pneumonia. Some patients need to be fed via a special tube (PEG) that goes directly into the stomach to prevent aspiration.

Another cause of dysphagia, although much less common is achalasia. Achalasia is a disease that affects the way the esophageal muscle contracts and pushes food into the stomach with each swallow. Most achalasia patients are symptomatic for years before seeking medical attention. The most common symptoms are dysphagia for solids and liquids, regurgitation, and chest pain. Upper endoscopy with dilation or even surgery is needed in most patients with this disease.

Patients that have an esophageal ring (Shatzki’s ring) or a stricture as the cause of their dysphagia have problems associated with swallowing that usually result in an intense feeling of discomfort as a swallowed food bolus slowly moves down the esophagus. Occasionally, they can result in food becoming stuck in the esophagus – which is known as food impaction. Most of the time, an urgent endoscopy is required to remove the food bolus.

For evaluation of dysphagia, your doctor will perform a physical examination and use a variety of tests to determine the cause of your swallowing problem. These tests could include a barium swallow x-ray, an upper endoscopy (EGD), or an esophageal muscle test (manometry). Upper endoscopy lets your doctor examine the lining of the upper part of your gastrointestinal tract, which includes the esophagus, stomach and duodenum. If there’s a narrowing in the esophagus, the doctor can stretch (dilate) the area with a special instrument.

Trouble swallowing always requires medical attention. Make sure you contact your gastroenterologist to be evaluated and treated appropriately if you develop difficulty swallowing.

This information is intended only to provide general guidance. It does not provide definitive medical advice. It is very important that you consult your doctor about your specific condition. 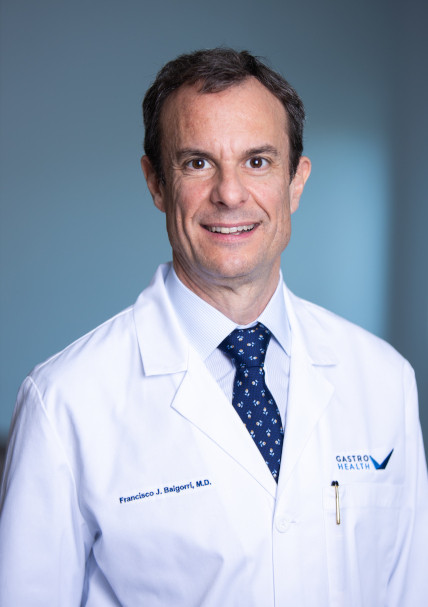